Tasmanian Broadbill Championships – The Round Up!

There one thing in life you can always depend on, and that is that “you can’t control the weather”

The 2019 Tasmanian Broadbill Championship saw some super skilled fisher’s take on the challenge of catching a trophy Broadbill in some, at times, atrocious conditions.

Day 1 saw 9 teams hit the water early with all teams heading for the shelf and ready to soak baits when fishing started at 7am but it soon became obvious the weather was on the turn and the NW wind freshened to around 20knts.

Most teams headed inshore to chase Tuna whilst others chose to stick it out and try for a window to drop. The crew onboard    “Mighty Bilz” found a nice Bluefin on the shelf and Doug Clarke managed to land it on 8kg ( It went  24.7kg but unfortunately leader length was too long)

Day 2 saw 11 teams on the water and the weather was better than forecast and once again most teams headed wide to soak Broadbill baits, but the wind kicked again and put paid to any hopes of a morning hook up. All but 2 crews, who were further North under the protection of Maria island, were once again forced inshore hunting Tuna.

The crew on “Infinity” were running lures up the ‘shelf when they encountered some good water, managing to boat a taggable size Albacore and also land a kingfish, to add to this they had a “Jumbo Bluefin” take the lure with a full body breach and a Mako in the spread as well.

The afternoon saw a slight wind change from NW to NE and gave a small window to have a few drops out wide and “Nautibouys” hooked a confirmed Broadbill at the Horseshoe with Mark Watson on the wand but unfortunately pulled the hook after a spirited 30min battle.

Day 3 dawned with 13 boats on the water and the Southerly buster had came in hard over night giving around 25kt out of the SW and as anyone who fished the Peninsula before knows “That’s Bluefin Weather”.

A lot of teams gathered at the normal haunts of Yellow Bluff, The Lanterns, the Hippo, the Dirt, The Pillar and Tasman. First to fire was the Lanterns with the crews of “RL Welding” and “Common Occurrence” with reported 130-140kg fish breaching and teams getting 100’s of meters of line gone in seconds but no fish landed.

Infinity and Thirsty Work chose to head wide and hunt for a line class fish and saw them heavily plagued by “Pocket Albacore” Infinity boating some 15 fish and Mark Hateley’s Thirsty work doing slightly better managing a 20kg Bluefin and a ripper 17kg Albacore which won top point score for the day.  They boated 29 fish for the day.

The Teams inshore had a fairly lean run until the tide change at 12.30 sent the Bluefin into a feeding frenzy with most teams hooking into some ripper “Schoolies” of around 30kg all the way from the “Back of Tasman” to the Lanterns boats were hooking up and fighting on numerous tackle making the past 2.5 days of hard work all worth it.

At the close of fishing at 3pm it was the Crew on “Fathom Odyssey” who had boated a pigeon pair of 28.4kg Bluefin to angler Derrek Finlay, who took home the prize for heaviest Gamefish, Brad Townsend on Thirsty Work who took out top point score for 17kg Albacore on 10kg.

In a mammoth effort the Tuna Club Stalwarts on Nautibouys of Phil Dance, John Edwards and Mark Watson took out the top prize for “Tag Release Team” pinning 6 Bluefin in around 2 hours in very trying conditions to say the least.

Due to no Broadbill Swordfish being caught the prize for “Tasmanian Broadbill Champion” will be carried over to the Sports Fishing club of Tasmania’s annual Active Marine/Garmin Peninsula Challenge on May 18.

A massive thankyou goes out to the following people and business for making it all happen, please support those who support the sport you love.

-The committee and members of the Sports Fishing club of Tas 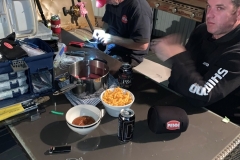 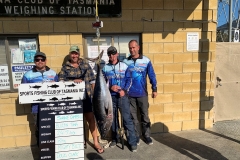 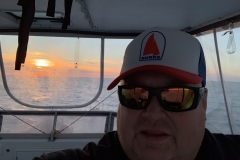 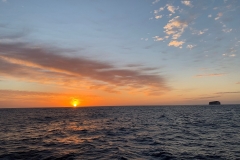 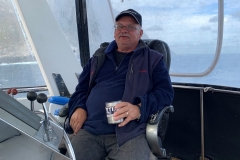 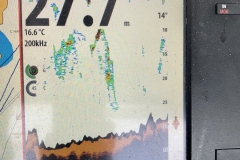 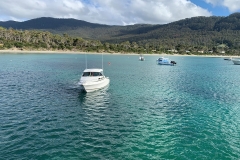 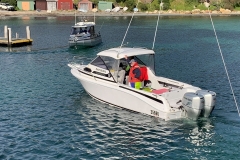 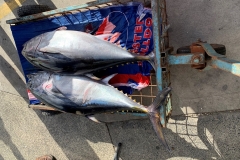 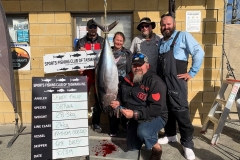 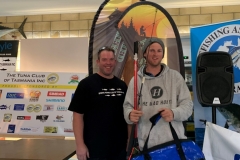 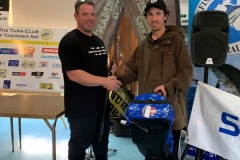 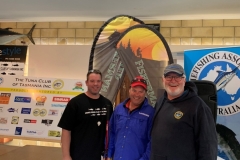 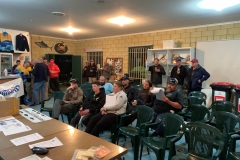 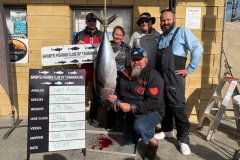 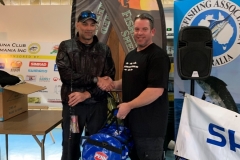 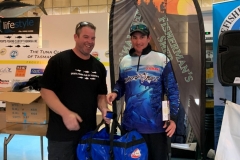 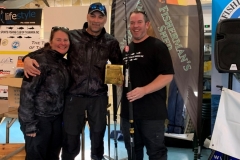 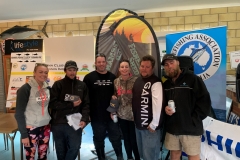 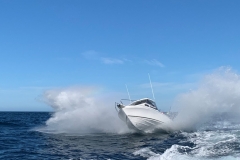 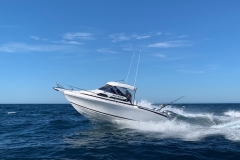 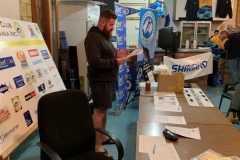 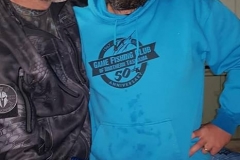 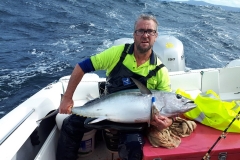